Zane has worn dozens of hats in commercials, games, and films, both in and out of Hollywood, with his bread-and-butter in post-production. He worked at pioneering animation studios like Digital Animation Lab and (Colossal) Pictures, and has produced work for EA, Sony, LucasArts, and too many ad agencies and clients to care to list or remember.

He wrote/shot/directed/edited a micro-budget feature film, Hell is Texas, just at the dawn of the digital age; that endeavor proved to be “film school,” opening his eyes to a new revolution in indie filmmaking.

In recent years, he has championed the notion of visual effects for low-budget films, and has provided both obvious and invisible effects to several notable local indies, including the Duplass Brothers’ Baghead and John Bryant’s The Overbrook Brothers — always in the service of storytelling.

Zane has been a panelist at SXSW and has produced or co-produced a number of acclaimed shorts. His feature script Static was a semi-finalist at the 2008 Austin Film Festival. 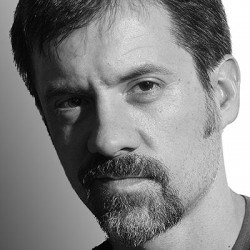