Matthew Joyce moved to Austin from a career managing a live event production team in San Diego. He jumped into broadcast television as a studio engineer for The Liquidation Channel that he helped build from the ground up. After turning down an engineer job for ESPN, Matt decided to start a production company in Austin, TX in order to get back to his love of storytelling.

Matt has produced commercials for clients like Dell and Chevron which have won numerous awards. Matt has also produced, directed, written and acted in several award winning films. Matt is just as comfortable discussing branding requirements with ad executives as he is playing the lead as a coke-dealing baddy in a zombie movie.  All in a day’s work. 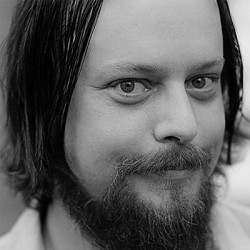