Here is my latest short. Probably NSFW due to some language and brief graphic violence. Shot over a weekend and an evening and posted with After Effects and some 3D trickery. (Details below.) If you have any trouble streaming here, you can also see it in high-quality on Vimeo or YouTube. Here’s the skinny:

Josh has a strategy when it comes to nightmares, but his urban-legend-quoting office-mate disagrees — whether the impact from a fall in your dreams will force you awake or kill you while you sleep. In this low-budget-yet-effects-heavy short, Josh has many nightmares to choose from, but which is worse: a violent end, or losing his girlfriend? (5:00)

“Wake Up” was born out of two frustrations. I have — over the past year or two — produced some fairly decent visual fx shots for local indie films, including the Duplass Brothers’ Baghead and John Bryant’s The Overbrook Brothers, as well as Ranch Studios’ The Lights. But for various reasons (critical spoiler moment, film not out yet, etc), I was unable to really show many of these off. The shots include the overt (guy hit by car, muzzle-flash, bullet sprays, digital decapitation, explosions, light effects, etc) and the subtle/invisible (wire-removal, digital cold breath added, boom removal, continuity fixes, etc)… but for one reason or another, I wasn’t really able to easily showcase them.

The second frustration was Randy Hines bugging me to shoot a short. ;-P …Randy is a talented writer/director in my screenwriters group who had some success on Filmaka.com, so after he bugged me for the 19th time, I relented. Decided I would try to shove as many of the kind of fx I’d been doing into 5 minutes as I could. That led me to a fairly twisted script, which everyone seemed to like, so we went with that. It was really the first time since Hell is Texas that I dusted off the low-budget producer/director chops and got back behind the camera.

Needless to say, the experience reminded me of both the highs and lows of no-budget filmmaking. During the prep week leading up to it, I thought “why the hell do I want to do this again?” — but five minutes into shooting in the park with Drew and Chris I was like “Oh yeah. I looove this.”

So there you have it.

If anything, now I’m just itching to do more. So much more. But this is a start, and a glimpse at some of the things you can do with a little spit, talent (i.e. actors), and three weeks of spare time with a decent laptop computer.

I’ll likely post some “behind-the-scenes/making-of” stuff soon, just to show off how some of the fx were done.

But for those of you who are curious, yes, the opening helicopter shot is created from a single hi-res still photograph, with Chris shot locked off against a blue sky and composited onto the building’s edge. I will probably do a quick rendering of it in wireframe (3D) just to show off the simple-yet-powerful technique of camera projection. It’s one of my favorites.

The ending (falling) shot is very similarly produced, though slightly more complicated due to the distance travelled and the moving traffic on the edges of frame. 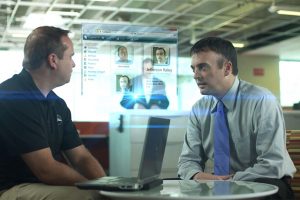 Migration to the Future at Dell 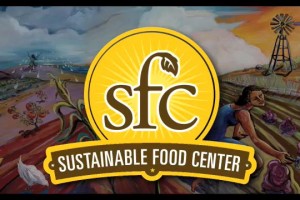 Some time ago my wife asked me my opinion on[...]

No matter what your opinion of the film itself and[...]