ZaneTV: We are not an Ad Agency?

Lots of excitement in the advertising end of things of late. Namely, ZaneTV has been on fire recently — developing, pitching, and shooting a number of campaigns and projects for numerous clients. Of the work we can talk about right now: a bunch of commercial and viral concepts for jewelers Charles & Colvard, and recent television creative for Carino’s Italian Restaurants.

Both of these projects involved developing and pitching entire creative campaigns from scratch. In the case of C&C, this led quickly to a trilogy of produced television and web commercials, with the likelihood of several more coming. (We initially pitched eight; remarkably, they liked all eight.) These should begin airing soon, online and elsewhere.

And for Carino’s Italian, 2011 will be a busy year, as we produce a string of hard-hitting television and viral offerings to revitalize the Carino’s brand. Our first commercial, produced for the holiday season in less than two weeks, should be running through Christmas.

While this effort has all the markings of a full-fledged ad agency, we’re kinda determined not to call ourselves that. “Ad agency” somehow tastes like spoiled leftovers. A dated mindset. For me, it just screams big egos, bad communication, and inefficiency. We’re more than that. And less.

Oh, we do most of the things any good ad agency does. We take meetings. We listen. We brainstorm. We pitch. We do branding, design logos, write copy, write scripts, draw storyboards, produce and direct spots, documentaries, design print materials, craft press releases… Yeah, yeah. We do all that.

There’s also things we don’t do that ad agencies are notorious for. Double-billing. Lack of communication. In-fighting. Hiding things from the client. Giving smaller clients second or third-best ideas. Getting “approval” way too late in the process to have an impact. We don’t love those things about the typical too-big-for-one’s-britches advertising “agency” any more than you do.

We’re small, but we have big ideas. Less is sometimes a lot more. 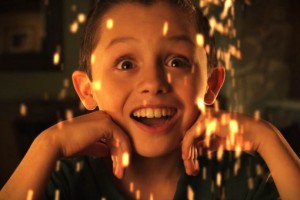